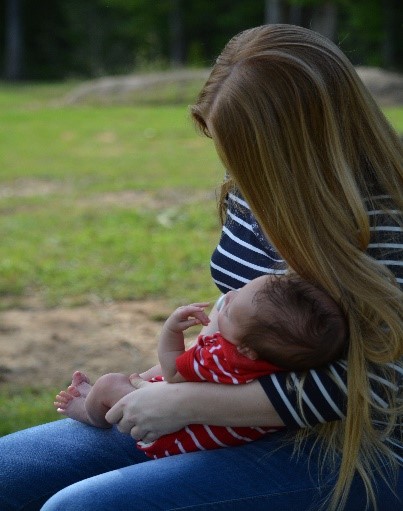 Recently we received an update from a family whose life was impacted by Hephzibah Ministries. At the age of 12, a girl was taken by her mother to another country. A few months after their arrival, the mother’s boyfriend kidnapped the girl and repeatedly raped her. The girl’s mother abandoned her (and later her brothers) where she continued a life of drugs. Shortly after being kidnapped the girl became pregnant. She lived in this nightmare until she was able to notify authorities, over a year later. The girl was brought back to the United States.

This is where Hephzibah became involved. Because of love offerings, Hephzibah was able to provide food, shelter, and emotional support for the girl and her baby. Hephzibah assisted in rebuilding the relationship with the girl and her siblings. Before Hephzibah, this innocent girl had very little knowledge of Jesus.  However, she was able to see the love of Christ in action, through Hephzibah. Recently, the girl, her baby, and her brothers were adopted by a Christian family who opened their home to these four precious children.

Unfortunately, stories like this are not uncommon. There are thousands of children and families who desperately need to experience the love of Christ in action. We are open and excited for God to continue to use Hephzibah Ministries to touch the lives of his precious children.

Thank you again for your faithfulness. You are a significant part of Hephzibah Ministries bringing hope to the countless vulnerable youth Hephzibah seeks to serve.

If you’d like to give, you can do so using our online giving platform!