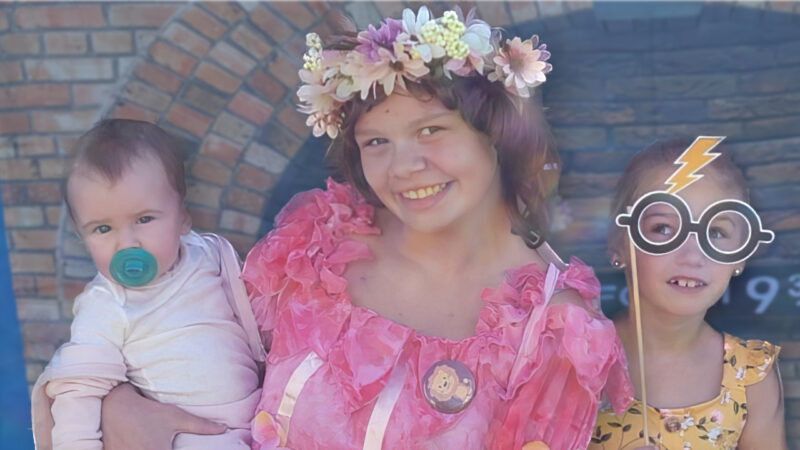 “Events in the news remind me that Satan’s weapons make a lot of noise, but it’s deceptive. Love is much better armored.”

A handful of years ago, Tiffany and her husband, Brent, faced what seemed like a hopeless situation. Their struggles with addiction and homelessness resulted in their three children being removed from their custody and placed into foster care.

In addition to the pain they experienced being separated from their children, the goals the couple were required to meet prior to reunification felt out of reach. For a time, it seemed to everyone involved that their family would end up another sad statistic.

Tiffany recalls the unconditional love she experienced the first time she attended Furnace Brook. “I was not a good person at all walking through those doors … I showed up a junkie that had lost her kids … and by the time I left on that same day I was a mother, a wife, a friend and more than that, for the first time ever, I was a human being.”

Months later, Brent and Tiffany fully surrendered their hearts to Christ, then vulnerably shared their story the following week at the church’s first Stand Sunday service in November 2019. Since then, Tiffany says that her relationship with Christ has given her “something to believe in, the ability to hope and the strength to push forward. When things get to be too much for me to handle on my own, I give it to God. Our family is stronger and better now.”

Tiffany’s earlier life tragically included childhood sexual abuse by a family member and rape by a man she trusted. She acknowledges her greatest challenges are learning to deal with life on life’s terms, figuring out who she wants to be, and changing practically everything about who she was. She is learning how God is using the awful things she experienced to equip her uniquely to bless others.

Tiffany admits that before losing her kids, she was going through the motions as a mother. Now she has a renewed and strengthened identity as a mom and realizes she is enjoying her role for the first time she can remember. This identity has been strengthened, in part, by the addition of two children. Today, Tiffany is the proud mom of five.

News of a surprise, high-risk pregnancy with her fourth child in 2021 took time to process but as the due date neared, excitement grew. The Furnace Brook women’s Bible study group threw Tiffany a baby shower, the first proper baby shower she had received. In March 2022, the birth of their beautiful baby girl, Avianna, was celebrated. 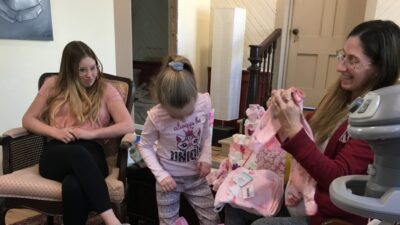 Also this year, Brent and Tiffany’s home became a haven to 12-year-old Bella, a family friend since age three. Tiffany had witnessed Bella struggle more with each passing year due to the impact of addiction and mental illness in her family of origin. A recent crisis led to her joining Brent and Tiffany’s family through legal guardianship. She now has a permanent, loving home where she feels safe, and strong advocacy from Tiffany.

Tiffany credits “both the love and guidance from the Tates and our strong desire to become better versions of who we are” for helping to keep her and Brent on the right path. But it’s clear that the respect and affection is mutual, and the two families are close.

Recently, Pastor Joel reported that Brent’s and Tiffany’s help has been invaluable in connecting a local man who is currently homeless with resources and coaching him through the ins and outs of living on the streets. “They are thrilled to be able to use their experience to help people going through what they went through,” he says. Tiffany has brought the man to church.

Since 2019, Stand Sunday has become an annual tradition at Furnace Brook and Pastor Joel says he looks forward to “making it clear that day that we are a church after the heart of a Father who loves the orphan and the widow.”

Beyond Stand Sunday, the church has created a culture of unconditional love in action through which God is working and writing powerful living testimonies like Brent’s and Tiffany’s. Pastor Joel remarks, “Events in the news remind me that Satan’s weapons make a lot of noise, but it’s deceptive. Love is much better armored.”

Stand Sunday is recognized annually on the second Sunday in November. In 2022, Stand Sunday officially united with More Than Enough and holds the purpose of calling the U.S. and Canadian Church to stand for vulnerable children and families touched by the foster care system. (On the same day, Orphan Sunday continues to hold the purpose of inviting the global church to care for vulnerable children and families worldwide.)